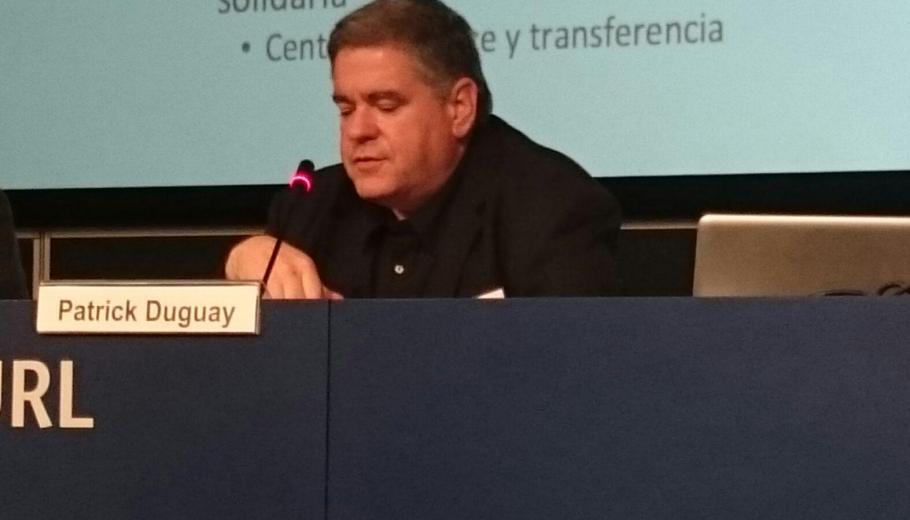 How does growth fit with the maintenance of cooperative values? How is the cooperative model validated by the population? In Quebec they have it clear, as Patrick Duguay, president of Le Chantier de l'Économie Sociale and director of the Outaouis-Laurentides Regional Development Cooperative, demonstrated to Suara a few weeks ago.

Duguay played us music with notes of reality, practical examples and challenges, based on his personal experience. The organization he chairs brings together different social actors and entities, not only cooperatives: trade unions, social movements (e.g. the women's movement) and universities are represented at its summits, and participates in a cooperative initiative with a history of more than 40 years.

Le Chantier de l'Économie Sociale existed before, but it was only after the economic crises in Quebec that it was consolidated. During the crisis of the 1960's, as a way of making demands and as an instrument of pressure on public administrations, and after the crisis of 1996, it took the form of a specific working group for the co-creation of the cooperative model as a model of the social economy.

Precisely these contexts of social tension served to formalize the background of voluntary cooperation and to apply real examples such as the user cooperatives they currently have in home care, day care and housing. The approach in Quebec has been more focused on the territorial vision than on the sectoral one, given the existing and divergent needs between rural and urban areas, which has also led to the development of user cooperatives in transportation and local commerce.

One of the main drivers for the development of this trend towards cooperation has been the involvement of the population, which, with a tradition of voluntary cooperation and associationism, has actively collaborated in the validation of the cooperative model. Another key has been the theorization and demonstration through data and statistics of the cooperative value, which was little reinforced, possibly due to lack of knowledge.

In spite of these impulses, Duguay also speaks of challenges: that of drawing up legislation on the social economy; that of developing sectoral and territorial forces in parallel; that of democratizing the cooperative model and, above all, that of resolving the dichotomy of growth without this implying the loss of cooperative values.

Sharing all these reflections with Patrick Duguay, I think that the same idea comes to mind for many of us, disconcerting but at the same time true: difficulties can often become opportunities. The co-creation pact may represent a paradigm shift: active listening to the concerns of the administration in times of crisis and the position of joint contribution seem to have created a musical score suitable for the present time.