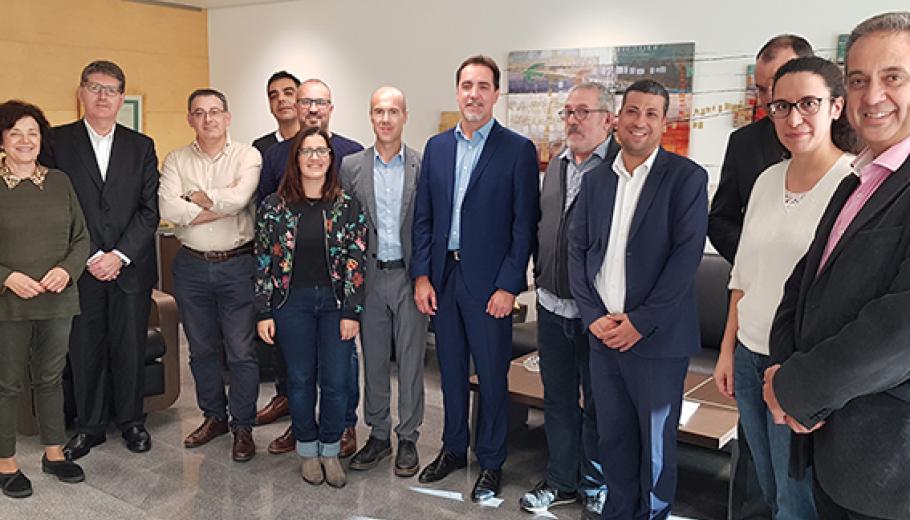 Suara Cooperativa will receive the ONCE Catalunya Solidarity 2019 award in the category “company”. The verdict of the jury was made public two weeks before the award ceremony, which will take place on November 28. The work of the AREMI Association, Enric Morist (Red Cross), the City Council of Castellfollit de la Roca and TV3 will also be recognized.

The ONCE Catalunya Solidarity Awards are intended to recognize and reward those people, entities, institutions, projects and media and administrations that carry out solidarity work in their environment of influence and seek the social inclusion of all citizens, standardization and personal autonomy, universal accessibility and independent life. The winners stand out for their social sensitivity, their long history and their dedication towards the social rights of the most disadvantaged.

"These awards reward the solidarity that we are lucky to receive every day in Catalonia and that allows us to do our social work. The ONCE Solidarity Awards give visibility to people and initiatives, which are often invisible, and we would like everyone to know of their struggles and daily improvement because they deserve it. They do a daily, quiet and tenacious work and demonstrate that with effort and perseverance there are realities that can be changed, "says the president of the ONCE Catalunya Solidarity Awards and also president of the Territorial Council of ONCE Catalunya, David Bernardo.

The ONCE Catalunya Solidarity Awards have been held since 2001. Since then they have been awarded, among others, Miquel Martí i Pol, Josep Maria Espinàs, Pere Casaldàliga, Isidre Esteve, Pare Manel, Anna Vives, Borja Corcóstegui and the foundations of Vicente Ferrer o Pasqual Maragall.

The jury has been formed this year by David Bernardo, president of the ONCE Territorial Council in Catalonia and president of the Jury; Enric Botí, territorial delegate of ONCE Catalunya; Manel Eiximeno, director CRE ONCE Barcelona; Eugenio Prieto, general counsel of the ONCE; Francina Alsina, president of the Taula d’Entitats of the Third Social Sector; Antonio Guillén, president of COCARMI; Francesc Iglesies, secretary of Social Affairs and Families of the Generalitat de Catalunya and representatives of the media.