Suara has been the headquarters of the 2021 Count, which has seen 895 people sleeping on the streets of Barcelona 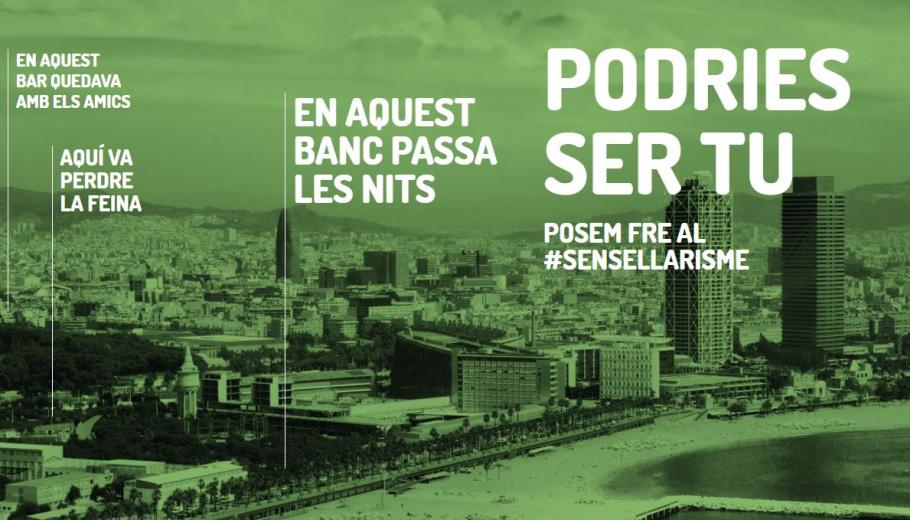 The office of Suara Cooperativa in the center of Barcelona, in Ronda Universitat, has once again been the headquarters of the Count of people sleeping on the street in the city of Barcelona. In 2021, 895 people were seen sleeping on the streets of Barcelona and 3,046 housed in facilities. A total of 633 people have participated in the activity organized by the 38 organizations that make up the Homeless Care Network (XAPSLL).

This is the seventh count organized in the city, an activity of awareness and sensitization of the citizens devised by the 37 social entities that make up the XAPSLL and Barcelona City Council, after last year could not be developed this activity as planned due to the irruption of the Covid-19. On this occasion, a total of 895 people were counted sleeping on the public road and 3,046 housed in municipal facilities or in the various municipal entities. Specifically, 1,741 places are in public and subsidized accommodation and the remaining 1,305 are part of private social entities. The last count was made in 2018, when 956 people were detected sleeping on the public road and 2,130 in residential resources of the XAPSLL.

From 2008 to the present, the number of people sleeping on the streets detected by the successive counts has gone from 658 to 895 people, an increase of 36%. The figures reflect a stabilization of the phenomenon over the last three years, although in parallel the number of places in residential resources for homeless people has increased significantly, to 3,046 people currently housed. You can check the detail by district here.

Coinciding with the count in the city of Barcelona, ​​the count has been made simultaneously in L'Hospitalet de Llobregat, Badalona and Santa Coloma de Gramenet.