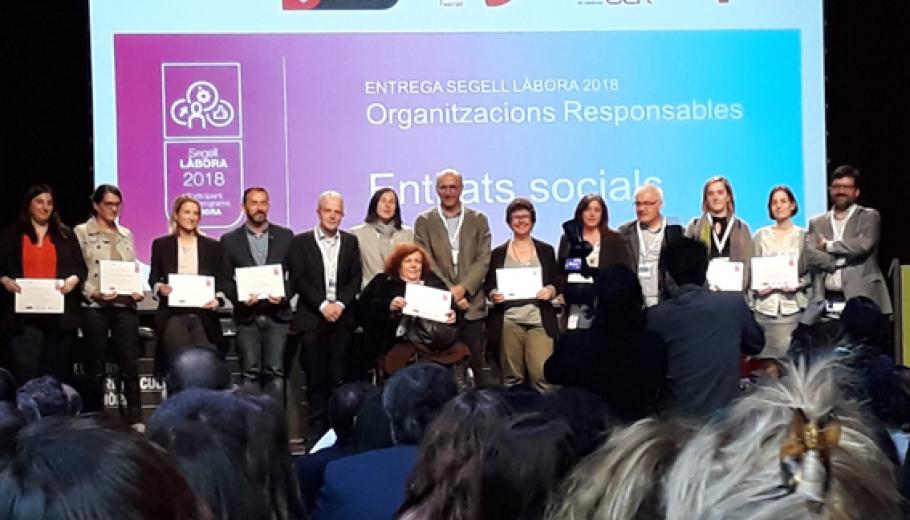 On 14 May, Suara Cooperativa and Garbet Cooperativa de Inserción received the seal of approval for companies that collaborate with the Làbora programme, reflecting their commitment to hiring people at risk of exclusion in the city. The seal, awarded by Barcelona City Council, recognises those companies that, thanks to the Làbora Programme, promote the employment of people with difficulties in accessing the labour market.

The event was opened by the Deputy Mayor for Social Rights, Laia Ortiz, the Director General of Barcelona Activa, Sara Berbel, the President of the Federation of Catalan Social Action Organisations (ECAS), Sonia Fuertes, the Provincial President of the Red Cross in Barcelona, Josep Quitet, and the Secretary of the Federation of Insertion Companies of Catalonia (FEICAT), Albert Alberich. The project, in addition to being led by the Municipal Institute of Social Services of the Barcelona City Council, has the collaboration of the social entities, represented by ECAS, FEICAT and the Red Cross.

The Born Cultural and Memory Centre hosted the 4th Espai Làbora Conference, which was attended by more than 400 candidates who were able to interview with a total of 70 companies. The event was also accompanied by the organisation of various training workshops aimed at improving the employability of candidates, given by Barcelona Activa, Formació i Treball and Fundació Salut i Comunitat.