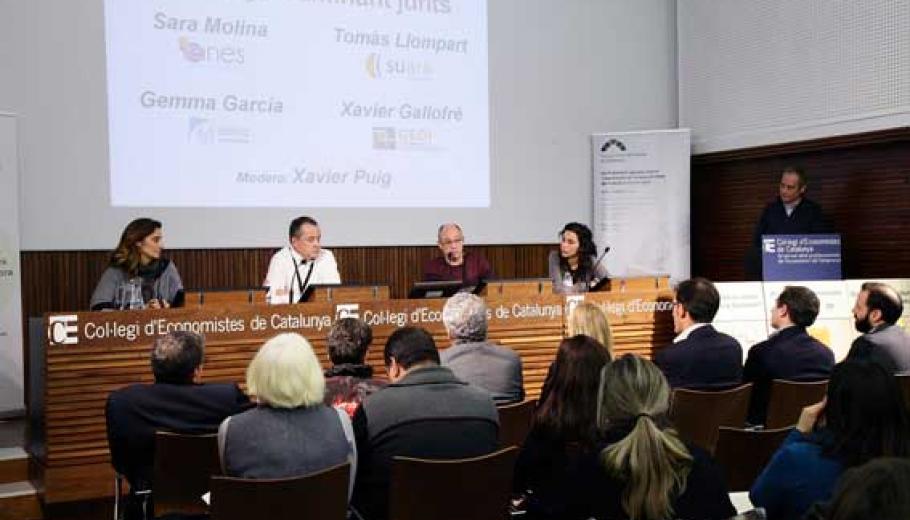 In 1994, the Social Initiative Sector was created within the framework of the Federation of Worker Cooperatives of Catalonia. This was the culmination of a process initiated by a group of cooperatives in the social sector that met regularly to share ideas and strategies.

The group's task was twofold. Internally, to strengthen and consolidate the different business projects. And externally, spreading the cooperative model in the management of social services and actively contributing to the articulation of the sector that was then starting. This led some of the cooperative leaders of that time to participate in the creation, first, of the Business Association of the Social Initiative of Catalonia (precursor of the current Confederation) and, later, in the birth of the Bureau of Entities of the Third Social Sector of Catalonia. They participated actively in the regulation of the sector, in the negotiation of the Agreement of Family Work of Catalonia, of the suitable of Educational Leisure and of the suitable of Social Action, the three basic regulating Elements of the professional activity within the sector of attention to the people.

On December 3, we celebrated this twentieth anniversary with a fully consolidated reality. One hundred and twenty-four cooperatives are part of the Sectorial, with a diversity of fields of action that reflects the evolution that the sector has experienced during all these years. Cooperativism, which historically has known how to respond to the economic and social demands of each moment, also knew how to adjust its proposals to the needs that the construction of the welfare state of our country was drawing. We find different types of cooperatives, but all of them respond to the needs of the environment where they interact.

At the celebration there were many cooperative members, as well as the President of the Federation of Worker Cooperatives of Catalonia, Perfecto Alonso, and the Vice-President of the Government and Minister of Social Welfare and Family, Neus Munté.

The framework of the sectorial has also been a facilitator of intercooperation projects as it has been a point of creation of discourse, of professionalization of cooperatives, of trust among the people who are part of them, and of making effective the principle of intercooperation. Suara Cooperativa is one of the clear examples: the three cooperatives of origin (EAS, CTF and Escaler) actively participated in the management committee of the sectorial. Suara has always been present in the sectorial and has been an elected member of the management committee during these 20 years.

The truth is that in these 20 years the sectorial has grown in number of cooperatives, in number of invoicing, in number of members and workers, it has known how to adapt to the needs of the times we have lived. The capacity to adapt to the crisis and to the new realities, the will to transform, the commitment to people, the participation and generation of social value have been some of the elements of reflection that this 20 years have left us.

These aspects are common to all social cooperatives, which with their daily work, offering services related to education, health and social action, serving thousands of people, also work in defense of a model, a way of doing that generates more and more interest. Little did we expect at the beginning that we would be celebrating twenty years, and with the desire to do twenty more.

Twenty years have passed and we are still looking ahead. We have major challenges: changing times, new needs, social rights in question, financial difficulties ...

We have no doubt that social cooperatives will know how to rise to them.