The socialization of positions 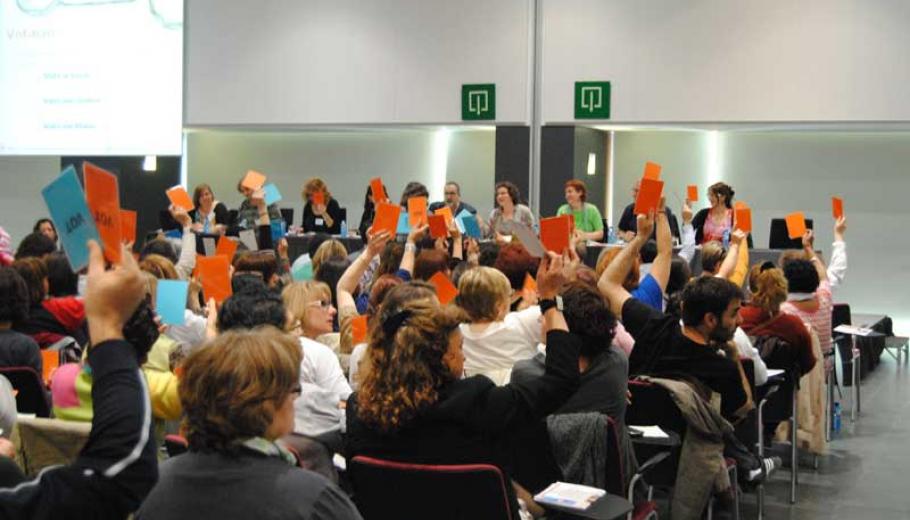 For days I have been thinking about the theory that positions should be socialized and democratized. It probably coincides with the end of a personal and professional stage where six years ago I was elected President of the Governing Council of Suara Cooperativa, representing today 3,200 people.

Life is change and the organizations where we work are living systems that are constantly in motion, varying, taking different forms, transforming, letting projects die and then have the ability to regenerate and be born again.

It is a process of unstoppable metamorphosis in which we find ourselves immersed, both people and institutions, there is no duality, since institutions are made up of people who work, they are not impersonal, anonymous entities.

And everything that these people think, live, feel, feel, do, defines the style of the company, is the business card.

Cooperative enterprises define ourselves as democratic enterprises in which socialization and co-responsibility are the key to the success of the common project. We socialize the work, the training, the surpluses, the initiatives, the policies, the capital, etc.

Therefore, it is a right and a duty of the assembly to ensure the socialization of the positions, including the directors, and to renew them periodically. I have always been very critical of examples of cooperatives where there are people who for many years are installed and occupy the representation and governance of the company. Without leaving room for other members. We have examples: the most striking is when a single person occupies the presidency and management. Who controls whom? Where is the objectivity?

The assembly shows its co-responsibility when it decides the social positions. I imagine that when each member votes, he/she votes for someone he/she knows has capabilities and will make the project grow and make it sustainable, and on the other hand, he/she votes for those people in whom he/she sees shared and similar ideals.

And although it is not visible, intangible and transparent, there must be a solid foundation of trust, which is earned and lost, it is a bond with each partner person that needs recognition, listening, time, effort.

I am convinced that we only grow when we make changes. It is the same with our companies: when they reinvent themselves, they are much stronger, more efficient, healthier, greener, more attractive, etc.

In order to carry out these changes, we need to vacate our seats and make them available to others, so that the partners can say who should occupy them for a given period of time.

For me it has been an opportunity and I have received the support from the trust that the members have placed in me, and in a Governing Council that has been my great team!