Over 150 people attend the Conference on Ethics organized by Suara 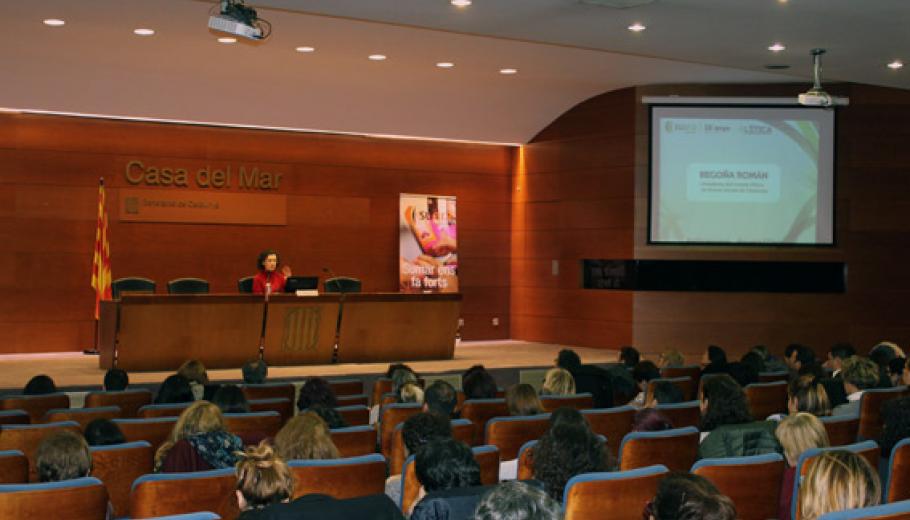 The conference ‘Ethics at the service of organizations’, organized by Suara Cooperativa last Monday 22th January, was attended by over 150 people. The event, celebrated at the House of the Sea of Barcelona, was the culmination of the whole work process to implement the Ethics Committee of Suara Cooperativa. The meeting was also the first event of 2018 to celebrate the 10th anniversary of Suara Cooperativa, after the fusion of the three cooperatives in 2008.

The opening session was led by the general manager of Suara Cooperativa, Ángels Cobo, who highlighted that “ethics has come to stay. It is an unmistakable, present and future feature of the way to understand the activity of the Cooperative and her way of relating to other and to the environment”.

The event was attended by the president of the Ethics Committee of Social Services of Barcelona, Begoña Román, who leaded the talk “Ethics applied to organizations”. Her speech talked about the difficulties to applied Ethics and how it supposed to be, highlighting that “Ethics doesn’t have to resolve technical or juridical questions; Ethics isn’t a matter of goodwill, but of responsibility, knowledge and do it well”.

The intervention of the president of the Ethics Committee of Social Services was followed by the round table ‘Experiences around Ethics’, leaded by the president of the Ethics Committee of Sant Pere Claver Foundation, Alfred Moreno, the responsible of the Space of Reflection of Ethics of the cooperative Isom, Marta García, and the member of the Ethics group of Suara Cooperativa, Maite Mauricio, and the Social Responsibility Consultant of Bidea, Josean Lavado, as a moderator.

The closing session was attended by the president of the Factor Humà Foundation, Juliana Vilert, and the president of the Governing Board of Suara, Montse Pujol, who added that in this new ethical process, the Cooperative “has showed coherence doing the process in a participative way, and continuing with the purpose to be close and responsible with society”.

Video of the Conference ‘Ethics at the service of organizations’

The participation model of Suara, in a day of social economy of Galicia