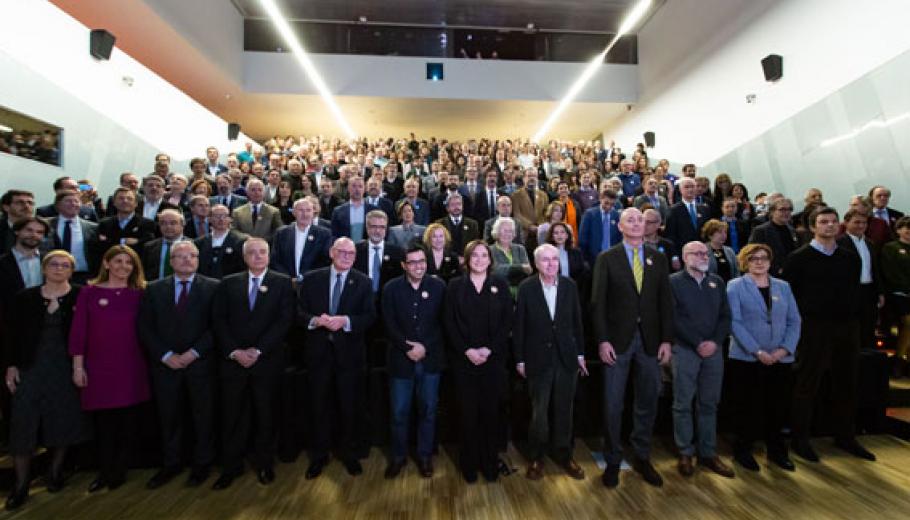 Suara Cooperativa has actively participated in shared work in a coordinated manner with 170 actors from the city, between institutions, companies, organizations, cooperatives and professionals to give a new impetus to the international positioning and reputation of Barcelona. This Wednesday, January 30th, the public presentation was made with the intervention of Suara's CEO, Àngels Cobo.

"Identity and positioning of Barcelona: A choral story" is a turning point to promote the management of Barcelona’s reputation through an alliance that serves to project the city worldwide with a common project, unprecedented and shared with all actors of the city.

The mayor of Barcelona, ​​Ada Colau, said at the presentation ceremony on Wednesday January 30 that "a good positioning of the Barcelona Brand is key to boost the economy, attract talent and improve the quality of life." Colau added that "Barcelona is one of the most attractive cities with the best brand in the world, but we can not be complacent." "We want to update the way the world sees us," he added.

The event, which brought together more than 400 people in the Design Hub Barcelona auditorium, was explained by Conrad Llorens and Aleix Gabarre, president and director of the Summa Branding consultancy; and the interventions of 6 speakers: Jordi Moix (FC Barcelona); Ignacio Sala (Atrápalo); Daniel Meire (Desigual); Blanca Sorigué (Zona Franca Consortium); Jordi Camí (Biomedical Research Park and Pasqual Maragall Foundation); and Àngels Cobo (Suara Cooperativa). Lluís Gómez, commissioner of Economic Promotion, Enterprise and Innovation of the City Council, explained the plan of activation of the project planned for the coming months, and John Hoffman, CEO and director of the GSMA, also participated in the act to highlight the assets of Barcelona as a brand world.

The participation model of Suara, in a day of social economy of Galicia